The Cost And Benefits Of Discipleship 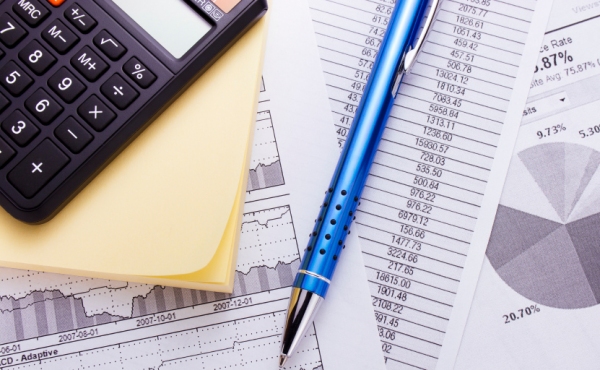 Autumn’s annual return means that most congregations are starting to put together financial plans for next year. The annual fundraising campaign or pledge drive is about to begin. Alongside this work, and at the same time, vestries and finance committees are undertaking aggressive analyses of the current year’s budget, plus projections for next year’s priorities.

By way of a generous dose of honesty, I think we who are raised up as leaders in the church need to take a good hard look at what’s driving our attention and focus. The mission of the church, as defined in the Prayer Book, is to “restore all people to unity with God and each other in Christ.” (BCP p.855) That sounds to me like a very clear call to raise up and equip disciples of Jesus Christ. You’d expect, then, that a church’s budget would reflect that its chief source of income is from those persons who are practicing generosity, including financial generosity, because they are disciples of Jesus. And the second largest income source should be those ministry events that clearly are ministries, not fundraisers. This is true, in large part, but I’m not certain we’re fully investing in making our budgets match our talking points. In too many cases, what’s missing most of all from many congregations is a willingness to line up talk with actions, to make our money speak mission, and to do so clearly and unambiguously.

Take a look, if you will, at overall income trends in your congregation over the past several years. I did this the other week. I looked at nine years from fiscal year 2007 through 2015’s projected numbers (based on financial activity through July). I was amazed at the results.

Here are a few things I learned.

For one, I think too much financial analysis begins and ends on the expense side of the Excel spreadsheet. Stop looking solely at expenses. Chances are your congregation is a lot like the one I serve in Valley Lee, Maryland. Our expenses have risen less than 4% in nine years. Drill further down and you’ll probably notice that controllable expenses are being controlled. I’ve heard talk about cutting down on utilities, for instance, so I looked at the numbers. Total utility costs for our entire campus were $1,223.67 more in 2014 than in 2007, an increase of 6%. Comparing St. George’s expenses to the average cost increases in the energy sector in southern Maryland, actual kilowatt-hours of energy (KWH) went up 20% in that same time period. 6% is far, far less than 20%!

Perhaps part of the reason people tend to over-analyze the expense side of the spreadsheet is because they really don’t want to look at the income side. Perhaps it’s because the income side points to our habits, our practices, and our generosity. But, in fact, if a leadership body starts looking at two basic categories – pledge (or baseline giving income) and plate offerings – fascinating trends are revealed. Pledge and plate contributions, I argue, are the quantifiable fruits of how effective congregations are in raising up and equipping disciples of Jesus Christ. At St. George’s, whereas expenses have barely increased 4% over the past nine years, pledge and plate giving has increased 54%. Given rising costs in every sector of our economy, such a relatively minor increase in expenses means that overall expenses have been strictly maintained. It clearly signals that the vestry and church, overall, have been and continue to be excellent and careful stewards of the resources entrusted to us.

Regular giving at St. George’s is up, and significantly so. But this isn’t just because we are talking about giving more. It’s true; we do talk about it, and this time of year we’re already talking about it, and quite intensively. Since mid-August, we have been talking about financial stewardship; in fact, at my leader’s meetings we are talking about financial generosity and we are naming, clearly, that the church’s standard of giving is the biblical standard of the tithe, or giving 10% of one’s income. Part of being a disciple of Jesus Christ is learning and practicing generosity, and we specifically include financial generosity in those talking points.

But as I said regular giving at St. George’s is up, and this isn’t just because we’re talking about it. We’re modeling and practicing it in our own internal processes and functions. Our budget matches our talking points; our so-called “stewardship” talk is lined up with actions.

First, we are striving to tithe ourselves. Our Diocese of Washington has a voluntary giving program, and St. George’s has come a long way in the past six years or so, increasing our giving from a paltry 1% to this year’s 8.5%. We will increase our giving next year, too. We are striving to tithe to our diocese because, frankly, you can’t preach what you don’t practice.

Second, St. George’s no longer raises funds to balance the operating budget through any other means than clearly Gospel-focused mission and ministry. To put a finer point on it, we believe that fundraisers are not the solution. In fact, we believe that fundraisers actually cost more than they make. In Valley Lee, income from fundraisers decreased 76% from 2008 to ‘15; a total loss of $23,829.12. In that same time period, however, pledge and plate giving went up $59,847, an increase of 53%. Even though fundraisers were the church’s bread-and-butter for many years – and even though they did make money – they were costing the overall system to a greater degree than they were benefiting it. This is because fundraisers, if they are done apart from a clear Gospel-focused purpose, lead to burnout, resentment, exhaustion, and ‘business as usual.’ Ending reliance on fundraising income opens the door to step out on faith, not just in word but also in the functioning of the institution called ‘church.’ Now, we’re not just talking about discipleship; we’re practicing it. The proof, again, is in the actual numbers: the decrease of nearly $24,000 in fundraising income in eight years (’08-’15) was more than overcome by the increase of nearly $60,000 in what I like to call ‘discipleship giving’ in that same time period.

This time of year, especially, we who are raised up as leaders in the church need to take a good hard look at what’s driving our attention and focus. The mission of the church, as defined in the Prayer Book, is to “restore all people to unity with God and each other in Christ.” (BCP p.855) Do our budgets match our talking points? More so, does the way we ‘do business’ reflect that we are first and foremost disciples of our Risen Lord?

If not, what needs to change? Truth is, everything can!