As one (without) authority 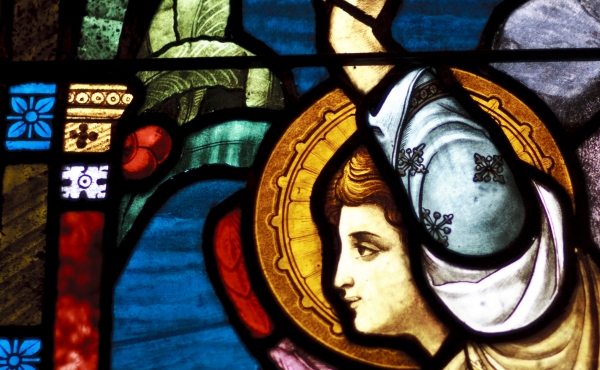 Following his triumphal entry into Jerusalem, Jesus stayed in the city. “Every day he was teaching in the temple,” Luke tells us (Lk.19:47), and we can feel the plot thickening. Indeed, “the chief priests, the scribes and the leaders of the people kept looking for a way to kill him.”

Which, oddly enough, is the point at which Jesus starts talking about authority. Granted, he’s pushed into the topic by the “chief priests and scribes” but Jesus is willing to go there. When they weasel out of Jesus’ theological trap, he replies, simply: “Neither will I tell you by what authority I am doing these things.”

But he doesn’t stop talking. On the contrary, Jesus keeps talking. A lot. First, he tells a story about wicked tenants. Then he ‘flips the coin’ on another argument: “Give to the emperor the things that are the emperor’s, and to God the things that are God’s.” Then he deals with the Sadducees’ crazy hypothetical question about the afterlife (and marriage) and, finally, returns to the question of authority: who has it (God) and who doesn’t (those who “like to walk around in long robes, and love to be greeted with respect in the marketplaces”).

It should be no shock, then, that the events to follow aren’t going to turn out well. A mock trial, for one, but a conviction nevertheless. The powers-that-be doing everything to execute Jesus of Nazareth. Not only did his birth signal a turning-over of the powers of this world – “He has brought down the powerful from their thrones, and lifted up the lowly” (Lk.1:52) -- but his life was given up and poured out: “a perfect sacrifice for the whole world.”

It should not shock us. It should not, but it does. There is a thin line of tragedy running through every gospel. There is chaos, confusion, dread and uncertainty. At some point, it feels like Jesus makes us throw out the metaphorical ‘playbook’ of life. Each gospel’s penultimate story presents so much brokenness and darkness that the reader is literally forced to surrender, if not willingly then at least temporarily. By definition, the gospel is beyond tragedy, but that’s only because it’s tragedy transformed by God’s ultimate victory.

That’s why, to me, it’s fascinating that Jesus, in plain sight, face to face with those who want him dead, is willing to have some extended conversations about – what else? – authority! Why do we, clergy and lay leaders in the institutional Christian church, think we have authority, when God himself felt free to lay that aside? When God himself mocked those who claim to be righteous, in and of themselves?

Passiontide is filled with wonderful challenges. How, then, can we be wonderfully broken, and turn to God, alone, to heal, renew, restore and resurrect? How will we seek to live under God’s authority, not that which the world gives (and, by the way, the world still gives Christians a great deal of authority)? How will we, in our personal and corporate lives, grow and change into Christ’s likeness, being vulnerable enough to admit that we are not always a collection of saintly folk, that we, ourselves, are not the authority but that we worship and follow One who is?

Flipping our lives, inside out, for the sake of the gospel might in fact be the only way we reach our communities with news which is truly good.