The Evangelistic Opportunity of Being a Regular 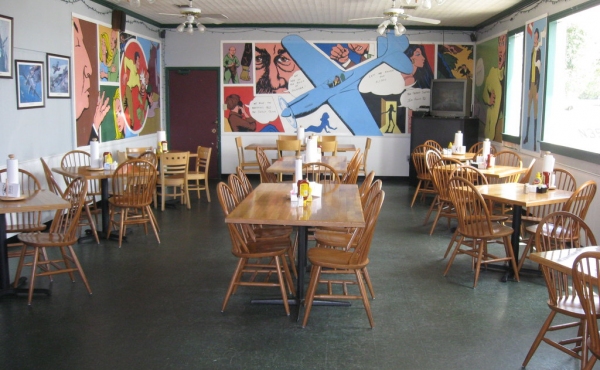 If you want to get better at something, you practice. That’s true for sports, or musical instruments, or spiritual disciplines.

Want to become more diligent in prayer? There’s no shortage of prayer practices that have developed through the centuries. Want to read your Bible more? We’ve got you covered.

But what if you want to get better at evangelism? You practice.

There are several books I’ve been reading (or re-reading) recently that have real, tangible practices that we can try out to get better at noticing people around us, striking up conversations, and engaging our communities. “This is Where You Belong,” by Melody Warnick; “When Strangers Meet,” by Kio Stark; and “Surprise the World,” by Michael Frost are three of my favorite. Each of these books offers some things we can actually do, some practices, that help us develop.

But there’s one in particular that struck me today when I was pulling through the drive-thru: Being a regular.

I’m addicted to Diet Dr Pepper. I’m not ashamed to admit it, but several times a week I pull up to McDonald’s and get a soda on my way to work. In Houston, it was the Sonic by my parish. And in both places, I was a regular. And my daily conversations with the employees I say regularly developed, from a simple “hello” to deeper topics such as college hopes and family struggles. All because I consistently showed up and was willing to listen. Because I was a regular.

As I was preparing to write this piece, my wife texted me on vacation from our old neighborhood breakfast spot in Houston. This airport diner was a staple of our Saturday mornings from before seminary. Candy, the woman behind the counter watched our kids grow from infants to preschoolers before we moved, and recognized us three years later when we moved back to the neighborhood. Because we were regulars.

And then there was the men’s Bible study that met there every Saturday.

These folks celebrated with us when our second child was born. They engaged with our boys every week, showing them funny videos they’d seen or the streaming bald eagle’s nest, or telling them jokes. And they always asked how we were doing. They never proselytized, they just showed up. They just engaged with us. They just showed love and care to a young family. And they engaged with other families that showed up week after week, the other families that were regulars.

And then they prayed over us the last Saturday we were there before going to seminary. This group of men were from a variety of churches, most of which (based on conversations I overheard) were likely non-denominational, evangelical, and conservative. Yet they prayed for this guy they knew who was studying to become an Episcopal priest.

And then we came back three years later. Our boys had grown considerably, and I had grown a beard and put on weight. But they recognized us. They welcomed us. And a few months later, two of them showed up at my ordination.

These men practiced, every week, the spiritual disciplines of showing up, striking up conversation, and developing friendship. Those are the building blocks of evangelism. I’m trying to do that now, and I’m trying to help other folks build those disciplines.

And this morning, when my wife texted about being at our breakfast spot, she sent the picture above, and I asked my son if he knew where she was. A big smile came across his face, and he gasped. “The airport! Ask her if that table of our friends is there!”

Even at his young age, these gentlemen’s regular presence made a lasting impression of relationship and prayer. And that sounds an awful lot like evangelism to me.

What are places in your community where you are a regular? How can you work to build relationships with others in that space?