Against the Grain: Millennials and "Church & State" 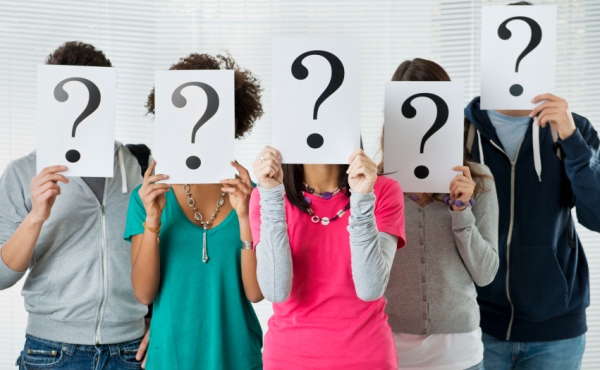 In the plush yet homey lounge of our small stone-gothic church, I sat across from two men in their late 20’s whom I have had the joy to know for the last year or so. In just a few months, theirs will be our first same-sex wedding at this urban Ohio parish, an occasion welcomed and celebrated with great fanfare from the congregation, with scarcely an inkling of opposition. Glowing with delight, they shared the readings chosen for their nuptials – two from Holy Scripture, and a selection from the opinion of Justice Anthony Kennedy in the landmark 2015 Olbergfell decision affirming same-sex marriage nationwide.

The generation that has come to be known as “Millennials” has been both forcefully criticized and lustfully sought after by countless voices within and outside the Church. We’ve grown used to the endless portrayals as phone-connected disbelieving libertine avocado toast-eaters, often followed by the hand-wringing plea for “more young people” in the pews. Those of us born between 1982 and 1996 (or thereabouts) continue to take the heat for so much that’s “gone wrong” in the world of religion, not least of which because of our characteristic disinterest in the Church the way it’s “always been.” And yet, we aren’t willing to toss the Baby Jesus out with the bathwater of countless manifestations of bad church throughout the ages.

I’ve often said that perhaps what defines us generationally is that we generally aren’t old enough to remember the falling of the Berlin Wall, but we do remember where we were on September 11, 2001. Now into our 20’s and 30’s, we are adults – no longer the newest kids on the block. Our coming of age was through the Iraq War and most us became old enough to cast our first presidential votes with either George W. Bush or Barack Obama on the ballot. We remember the “Moral Majority” and the vociferous opposition to same-sex couples espoused by religious and political leaders in the 2000’s. Many of us in the LGBT Community were coming out to our families and fighting to one day win the right to marriage equality. Yet at the same time, those of us Millennial Episcopalians were in youth groups while our dioceses and parishes were tearing away from one another from 2003 onward, yet we weren’t quite old enough to be on the front lines.

For us, the old adages about “Family values” and the strange bedfellows of Church and State simply no longer apply. We have no desire for religion that seems more interested in society’s bedrooms and bathrooms than in the homeless and the immigrant at our nation’s doorsteps. We are a generation of DREAMers, whom we know better as friends, classmates and relatives. Ours is a generation heavy laden with student debt, weighed with financial burdens that stymie our dreams of owning homes, raising children and yes – tithing to our churches. We, the most diverse generation of American adults have no place for the segregated edifices of country club religion. Why should we be part of a church that cannot include those whom we know and love?

Don’t forget that ours is the second generation of the unchurched. Though many of us have walked away from what we’ve seen as “bad religion” – church bodies whose doctrines and actions seem more hurtful than loving – we are perhaps the first generation raised largely with no religion at all. Even for those of us who grew up in Sunday School and Youth Group, we were the outliers – the “Jesus freaks” in our schools. Our classmates wondered why we got up early on Sundays to worship what seemed to be a distant old man in the sky, while they slept in or went to soccer practice. What the “nones” among us knew of church was only what they saw on television, and what we struggled to explain.

So as millennials, we crave a Church that is, in the words of a certain Presiding Bishop, “Loving, Liberating and Life-giving.” We’ve had it with those who suggest that what the “young people want” is praise bands and pyrotechnics rather than an end to injustice, poverty and oppression. We want a church unashamed of its Gospel – not simply a social justice bandwagon. As Episcopalians, we have a beautiful liturgy and a theological background that has much to say to millennials. Our grounding in the historic creeds and traditions, and yet our willingness to learn and change with the times, and our commitment to service and justice are exactly what so many in my generation are looking for. Yet we as Episcopalians must be able to draw the connection clearly: We believe in justice because we are Christians and because of our Episcopal faith – not in spite of it. Tempting as it may be to avoid looking “political,” we as Episcopalians must wear our love of Jesus and our love of justice together proudly and without reservation. That doesn’t mean being partisan, but to hold every official and every party accountable to the way of Love.

If churches truly want to win back the millennials, they must take a look at themselves as most of our generation see them – from the outside. And they have to meet us where we are – not with judgment or assumptions but with relationship and understanding. They must not be parishes desperate to put more young bodies in the pews just to keep the lights on and the mortgage paid. Instead, the Church must be a people thirsting for relationship, turning the established order inside out and upside down, just as Jesus did.