A Celebration of Life to Prepare for Death 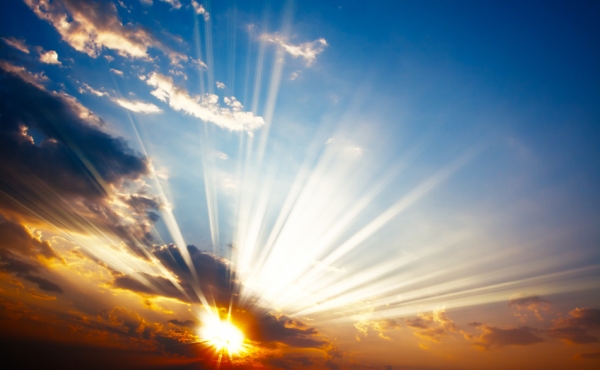 In the Great Litany, prayed by many on the first Sunday in Lent each year, we ask God to deliver us from dying “suddenly and unprepared.” And while our culture seems to value a quick and painless death, the church understands the grace and the opportunity made possible by a prolonged dying process. Tortuous as slow decline and diminishment can be, it can allow for a faithful preparation — reconciliation with friends and family, a time to express fears and to be offered healing, a time to get financial and legal affairs in order, a time to celebrate the life given. Much of this is to be done by the person who is dying and by the closest members of their family, when possible. But the church can help. Indeed, sometimes the church can take the lead.

Tom told me of his cancer diagnosis on a beautiful sunny afternoon over a cup of coffee and a sinfully delicious cookie. If he went with the chemo, his doctor had told him, he’d maybe have six months to live.

Tom had been a founding member of the Advocate. He was our first senior warden, and our seventh. He was a steady presence in our rocky first decade. The congregation reeled at his diagnosis. And we wanted to honor him before he died.

What emerged was “A Toast for Tom”. Together with his extended family we set a date a few months forward and hoped for the best. We spread the word, encouraging Advocates past and present to come. Many did, and others sent notes or videos. Tom was a gourmand, so the chefs of the church put together a dazzling, tasty spread. There was good wine and top of the line sparkling water. There were abundant beautiful flowers in large bouquets on the tables. We created a slide show of Tom throughout the years of the Advocate. We asked some folks to prepare thoughts and memories, and anticipated others would speak spontaneously.

As people arrived, I realized the event was serving very much as a homecoming. Because Tom had been in leadership in the church since our beginning, many who had moved to various parts of the country or otherwise moved on, came back to honor him. It was a reunion.

In other ways, the gathering was clearly like a funeral. The family was able to witness and hear how much Tom was loved and appreciated. Prayers were offered. Then Tom’s wife moved us all, telling us how and why she had grown to love this man. Remarks and letters by others followed, and many characteristics of the same theme were repeated: his integrity, kindness, respect.

Unlike a funeral, though, Tom himself was invited to speak. Frail, but still able to stand, very much in the role of the wise elder, he spoke to the crowd of eager listeners. He bade us not to lose sight of the vision of those who had conceived and birthed the church. He gave examples, not of his own work, but of the work of others for compassionate justice, for opening wide the doors, for providing a place at the table for all. It was a benediction and a blessing.

Not everyone is given time to prepare for death. And the church is often planning funerals with some haste. But, when it is possible, and when it is appropriate, the church can help its people prepare for death by providing a celebration of their life, and by giving them a chance to offer parting thoughts to the community. It is a blessing for them and of their dying process. It is a blessing of the people gathered, too.