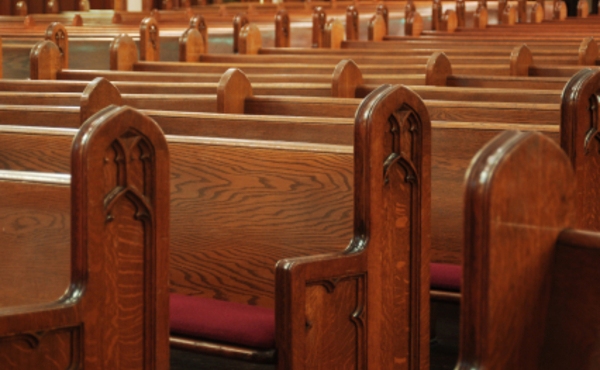 Oliver J. Hart, bishop of the Episcopal Diocese of Pennsylvania from 1943 to 1963, confessed his struggles at one time with integrating churches in the Philadelphia area, telling The Philadelphia Bulletin: “It’s not just a question of Negro and white. It’s a problem of people moving from one place to another. If you could just put your churches on wheels, it would be much easier.” (Quoted in D. Contosta, This Far by Faith)

It’s a cute idea – churches on wheels. It’s also a compelling question. I wonder if we could at least find a way to put our buildings and received assets on foundations which are significantly easier to shift when, invariably, neighborhood demographics shift. One real asset of The Episcopal Church is our buildings. We have a lot of buildings – parish halls, rectories, other houses, chapels and churches. It may be that we have too many buildings, and too many aging, expensive buildings, at that, but we are quite rich in the asset-holding sector!

What if we leaned into a new way of being, and learned to take these buildings and make them real assets, used more frequently than (most) are? What if we tried to figure out a way to mobilize our buildings – all of them? And what if, as a result of this process, we also learned that some buildings are just not serving the mission and/or actually cost the mission a greater deal than they gain. Would we, then, have the guts to liquidate those assets, and use the resources gained for something far more transformative?

I think mobilizing buildings would be a great part of any strategic plan, but I think we’re a long way from the foundational work which’ll get us there.

There was a church in my neighborhood, growing up, which I only knew about because my friends and I regularly cut through their parking lot to get to the ice cream store. I can’t remember which denomination it was, but I know it was Protestant. One day, I saw a sign: For Sale. It struck me as odd. Who sells a church? Where did the church go? When we came to the other side of the building, the side on the main road, we saw another sign: Moved to Such-and-Such Suburb. That logic fit a bit better in my ten-year-old brain – the congregation had moved, so the church had to relocate, too. But, even back then, I wouldn’t say it made sense. If your people move away, does the church follow them?! Growing up in Chicago, I knew of so many Roman Catholic parishes which remained in the neighborhood, even changed as the neighborhood changed, but so many Protestant churches simply shuttered their doors, moved with their people, migrated away. I recall a compelling Living Church headline, years ago, which posed the question along these lines: Can an Episcopal Church exist in a poor neighborhood? Sadly, the answer we’ve given over the years is a resounding no. Our funding and resourcing model depends largely on neighboring communities, or at least a corpus of investment from all around, to make their pledges and support the basic existence of that church.

The physical presence of the church in a given place matters a great deal because God’s clear and decisive action was to “move into the neighborhood,” as Eugene Peterson so wonderfully translated John’s prologue. Therefore, (some) church buildings matter a great deal. I’d add: some more than others. In fact, many Episcopal churches in many of the worst neighborhoods – if, that is, the building is still there even after the original congregation moved away – are barely getting by, month to month, year after year, and yet are doing such transformative, gritty ministry on the ground that they need to be maintained, if for no other reason than that neighborhood should not have to learn the hard way the cost of losing that presence.

That’s the case, in large measure, for Church of the Ascension in Lexington Park, Maryland – one of the two congregations I serve as rector. Lexington Park is one of America’s classic post-WWII suburbs. Those lovely, small houses were filled once upon a time with lots of new, young, Episcopalian families (and other stripes of Christian, too, but nevertheless those who joined churches, and joined them readily). The community grew and so did the newly-built Mission Chapel of the Ascension. But then the neighborhood changed, and folks moved out, and new demographic and – let’s be honest – racial shifts emerged. White flight, combined with the ability of those early inhabitants to move wherever they wanted, now that their upward mobility had moved upward, left stark lines drawn. But the church stayed. The church had no other choice but to stay, for Ascension wasn’t built on wheels and it only knew how to remain planted in and serve God’s People in Lexington Park, Maryland.

A few years ago, however, those early shifts were starting to show themselves as hard-drawn facts, deep brokenness capable of capsizing the very presence of an Episcopal church in Lexington Park. Granted, that was about 60 years after Ascension was planted, and roughly 30 years after the demographic shifts began, but many congregations can sustain decline and loss for quite some time. Ascension was no exception, but in the early years of this century’s second decade a breaking point was clearly showing its face. Soberly, Ascension analyzed its numbers and suspected that it might have three, maybe five more years left. That’s it. That wouldn’t only be three, maybe five more years for the devoted members, that’d also be three, maybe five years for those who use the food pantry, those who access the professional, affordable counseling center, those who participate in twelve step groups, those who receive free, fresh produce every month, those who come in for crisis counseling, and those who stop by for a warm meal.

To me, and to many in our community, this was unacceptable. It was, and is unacceptable that simple market economics would dictate that a church on the ground in the mission field, serving more than 300 people each week, would be forced to close its doors. The problem wasn’t the mission field, nor the servants on the ground. The problem was our unthinking allegiance to an outdated, outmoded resource and funding model – pledge and plate income. We know that model isn’t working in many of our congregations. We are not as aware as we should be of the ways it’s literally suffocating the churches – and, yes, I’m talking about church buildings – we most need to keep open.

That was a large part of my extended call – serving as rector of two ‘yoked’ parishes, now two merged congregations: one parish, two campuses. Buildings matter, and especially buildings that are housing ministries which directly reflect the Gospel values of Jesus Christ. Buildings matter because they are The Episcopal Church’s foothold into communities, neighborhoods, gatherings of people. Buildings have been in the past, and can be in the future part of our church’s mission strategy, and that can be an incredibly viable mission, unto itself. Buildings also matter because, to be honest, we’ll never use the funds we get from the sale of all of these structures to more adequately do the mission than if we were to make a concerted and strategic decision about which ones need to stay open, and which ones can be liquidated and leveraged. Not all buildings matter, mind you, and some (perhaps others would say “more than you might think…”) need to be leveraged, but which can we keep open? Which do we need to keep open?

I know of two amazing groups working on these, and related, questions, both of which bring real expertise and vision to the table. The first is the Episcopal Church Building Fund. The second is the group Partners for Sacred Places. Check out their websites, and see what resources they have to offer.

Yet there are also things we can do before we bring in a consultant. We, The Episcopal Church on the ground, can do more than most clergy and lay leaders, let alone the average worshipper, would think or ask or imagine. We can start to have serious and determined conversations about our buildings and received assets. We need to have this conversation among ourselves and, even more pressing, we need to have this conversation with our neighbor congregations, Episcopal and otherwise, and with our partners and potential partners. What else we can we share? What else can we collaborate around, so that fixed physical spaces remain and help drive God’s mission, not (as in the case of too many old and costly buildings) suck the life out of mission. What other things can we move around in order to do that? Human resources, such as clergy and lay leaders? Isn’t it better to have human resources deployed into a community and shared between multiple institutions, each with some buildings? Isn’t that a better way to approach human resources and building resources, anyway?

How can we have a bold and serious conversation as The Episcopal Church about ways to mobilize our buildings?