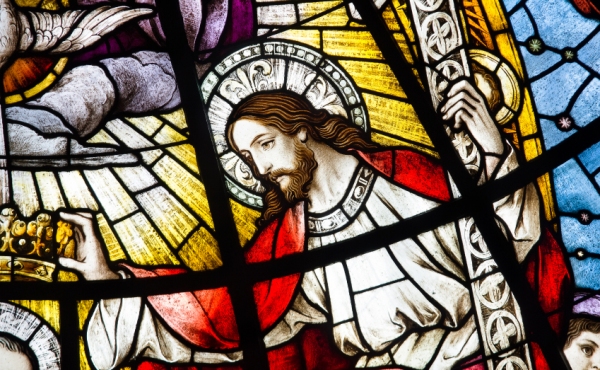 Last month, in a conversation about the theological nuances of whether or not the Eucharist could be celebrated online, a member of my congregation asked, “Is Jesus a Zoom bomber?”

Now Zoom bombers generally have a negative connotation. They join in on a public Zoom with malicious intent displaying racially charged images or words, for example. Bad stuff. Because of them, most churches using Zoom for their worship in this “stay-at-home” season, have stopped advertising their login links online, thus making Zoom worship less accessible to newcomers. So businesses and churches and Zoom technologists have been working hard to inhibit these imposers. Under these connotations, Jesus is certainly not a Zoom bomber!

But what if we go back to the earlier medium of photographs and photo bombers. Photo bombers are people who show up unexpectedly in a photo of a newlywed couple, for example, or behind a family posing at the beach. They were often simply inadvertent. But even when intentional, they were funny or sweet. Not malicious.

The Zoom equivalent of a photo bomber is Mambo, the miniature donkey from a farm outside Charlotte, North Carolina, who can be rented to drop in on a boring Zoom meeting and stir things up a bit.

If we can get past the idea of Zoom bombers being malicious, and think instead of Mambo, or maybe imagine Beyoncé showing up in a family beach photo, then maybe we can open our eyes and begin to realize that even the sleek silver boxes on which we Zoom, might be a place for the life and work, the presence of Jesus.

Then the idea of Jesus as a Zoom bomber becomes, not only possible, but delightful, even comforting.
Imagine a box in the gallery view with an image of Jesus, or just his name. If Jesus were a Zoom bomber, he would likely take over our screen with words of love and peace, and probably some words about food for the poor and justice for the oppressed.

He wouldn’t stay long, of course. Even with his invitation for us to abide in him, he never stayed in one place very long. Which in this case is a good thing, because then we might all start getting the idea that Jesus can be put in a box. Which of course, he can’t. Not since the resurrection anyway.

But I think we can know that Jesus is with us in this strange season of Covid-19. He is with us on Zoom and Facebook livestream and whatever other irritating lovable technology we might be using. Jesus is present in the words and faces and expressions and care of everyone who logs in, comforting and calling us, as he does.

In our liturgy and worship in recent decades, we have grown used to seeking and finding Jesus in the Eucharist. And in this season in which we haven’t been able to gather for that sacrament, we might begin to feel bereft, abandoned, as if without the Eucharist we are without Jesus. But the fact that we aren’t going to experience Jesus in the bread and wine this day, this season, doesn’t mean that Jesus is not present to us. In fact, one of the ways that God might be redeeming this saddening time for us, this tragic time for many, is by helping us to remember that Jesus is present to us in many, many ways, not just in the sacrament of bread and wine.

Jesus is present in the kindness of a nurse in the hospital, in the actions of a teacher reaching out to a student, in a hand-written note written by a friend who now has time to write hand-written notes, in a homemade facemask delivered to your porch, in a bag of groceries delivered to the interfaith food pantry, even in a strange and unfamiliar technology on a sleek silver box. A Zoom bomber He is.