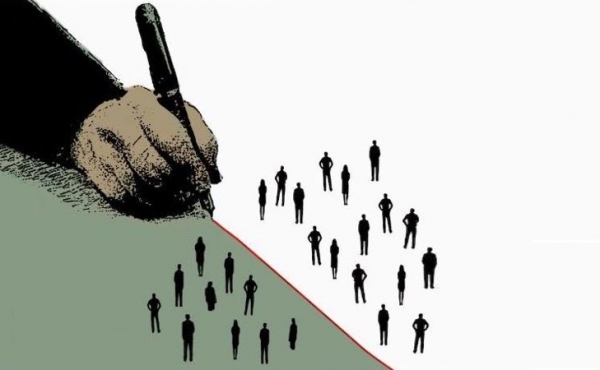 When we started The FaithX Project a little over three years ago, we chose as our mission “helping faith communities survive and thrive in turbulent times.” Little did we know how prophetic those words would be or how turbulent the times we would be working in. In the last three months we have experienced:

Systemic Racism is the idea that our social system is structured in such a way that disadvantages a particular race – in this case African-Americans. Some people would make the case that it does not exist, that it is a made-up concept. I don’t buy that. In the work we do at FaithX helping congregations to understand and better serve their neighborhoods, we frequently notice that multiple social vulnerabilities tend to coexist in a vast number African-American neighborhoods: unemployment, poverty, low access to medical care, inadequate housing, and a number of other issues. So many that it couldn’t be a coincidence. And when we dig into the history, we often find that it follows the boundaries of earlier racial red-lining and racially-restrictive covenants.

Let me give you some examples and let you make up your own mind. I prepared side-by-side maps (Maps produced by Ken Howard of FaithX using MapDash for Faith Communities by Datastory) showing the relationship of predominantly African-American neighborhoods to ten different vulnerability factors. You can find all 10 maps by clicking here, but I’m going to show you just three: pandemic vulnerability, unemployment, and poverty.

But before I do, full disclosure: I am a white male and follower of Jesus and his example of love and nonviolence. I do not condone violence, yet I believe that following Jesus obligates me to understand its underlying causes. It is in the spirit of that obligation that I write this post. Here is a map of African-American neighborhoods compared to areas of high vulnerability to COVID-19 (the light purple areas). The statistical probability that just these three factors would coincide with African-American neighborhoods by accident is more than 800,000-to-1. Meanwhile, the chances all ten of the vulnerability factors I mapped showing the same pattern is more than 300 billion-to-one. In other words, there is virtually no chance unless it was baked into our social system and structure.

What are we going to do about it?