The Importance of a Mission-Focused Vestry (Part Two) 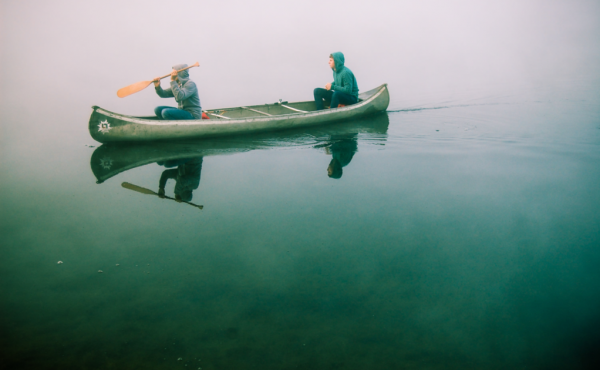 Change is inevitable; and, vestries are the key to the transformation. Governance for the sake of governance gives little attention to transformative leadership; but governance that focuses on missional ministry brings not just new structures but also new meaning. By leading such transformational change, the vestry creates the opportunity for the church to find not only vitality but growth. “The transformation of the church can be accomplished without losing what is precious to it, but it cannot avert change …the real work is to live into and through the dissonance that automatically comes with change, emerging with an even stronger faith.”[1]

At our 2019 Diocesan Convention, citing Jesus in Luke 5, Bishop Gutiérrez urged us to ‘take our boats into deeper water to catch more fish’. Staying safely by the shore, maintaining the status quo, doing only what we knew how to do was not going to bring in the catch we were seeking. Instead he instructed us to “live fearlessly, and …continually reassess if our current structures are working. Let’s reassess and if they are slowing us down, if there are obstacles, if they keep us close to the shore, throw it overboard. Review what people are doing around the world and develop new structures that will help us to be innovative, agile, and keep going deep.”[2] The charge of the transformative vestry is to go deeper into the un-chartered waters of ministry, following the missional template that Jesus gave us, only to discover a church we may not know but to which our faith will lead us.

Case Study. St. Simon the Cyrenian: Transformative Ministry in a Church on the Margins
St. Simon’s is a historic African American church in urban Philadelphia whose membership has decreased seventy-five percent in the last 30 years. They are located in a neighborhood that was depressed economically both by the loss of manufacturing at the end of the twentieth century and the ensuing middle class-flight of its more affluent members to ‘better neighborhoods’. By 2010
many of the former leaders had died, were too infirm to attend, or were attending churches closer to their homes. Their adult children did not attend St. Simon's, and thus their grandchildren were unable to continue in their legacy. This meant that their knowledge and experience were no longer passed down, thus depriving the church of a valuable resource. The more affluent members had cut ties with the community with their flight, which further distanced the church from engagement with the community. Over time, the neighborhood was increasingly occupied by young families who had little church connection and so were not inclined to attend.

Most of the remaining membership had to simultaneously learn how to run the operations of the church and engage with their newer neighbors. They had sufficient funds to maintain operating costs and to hire a part-time priest. With no sense of mission or vision, they called a priest for two years to help them make the transition. The priest soon discovered the congregation and its leadership suffered from a lack of confidence and low self-esteem which were rooted in their lack of knowledge when it came to running the church. This left them confused over practical matters as well as in a spiritual deficit which the priest addressed through sermons, formation and pastoral care.

This was further complicated by over-reaching parish administrator who operated in a way which Neal O. Michell describes as an “administrative pinch point”[5] which impeded the development of church leadership. Decreasing finances eventually eliminated the position, and the duties of the administrator were redistributed among the interim priest, two new computers, and, thanks to the priest’s focus on leadership development, the vestry.

Following The Vestry Resource Guide[6], and other resources.[7] the Vestry began to learn its leadership role and to clearly understand the need to bring about change in the church. If they were going to attract new members, they needed to develop an outward-facing missional approach to ministry. The priest conducted a “Gifts of the Spirit” assessment[4] of the Vestry to help them in this discernment. This led them to recognize their collective gifts of hospitality and teaching which then became the core of their mission to the community. They also recognized there was a need to respond to the increasing homelessness in the community.

Working collaboratively, the priest and vestry created two ministries: a meal ministry to feed displaced unemployed persons who still resided in the neighborhood; and, a comprehensive children’s ministry that included acolyte training on Sundays, a Saturday morning arts program and a diocesan-supported summer day camp. Members from the community provided support for the meal program.

A year-round stewardship program insured maintenance of the operating costs of the campus to sustain the new ministries. The church also received a bequest which allowed them to make the campus handicap accessible, provided collateral to receive funds from a diocesan program to renovate bathrooms, and to replenish a depleted financial reserve. All these improvements were made with the intent of increasing capacity for mission and supporting these new ministries.

However, despite this growing transformation, much of the membership remained disconnected. Their age made it difficult for them to directly participate in missional ministry. Most simply wanted to insure regular sacramental worship and pastoral care. The Vestry developed a compromise with the membership; they would continue to ensure worship and pastoral care while at the same time working to expand the church’s mission to the community. This meant that partnerships with the community and with the diocese became even more critical.

In addition to community partnerships the food ministry was also supported by two other Episcopal churches which supplemented St Simon’s program in addition to providing some professional support. The latter became especially important when the part-time priest left in 2017. Understandably this departure posed a major challenge for St. Simon’s. Without her leadership the vestry struggled to continue its momentum and many decisions fell to the senior warden. To their credit they were able to continue to function. Diocesan staff later became involved. With their assistance the vestry was able to regain lost ground and resume their focus on continued transformation.

At present St Simon’s is continuing to strategically renovate their building so that they might host new community partners who would not only bring in more life and activity but also contribute to their financial stability. When the pandemic hit. St Simon’s feeding ministry expanded and now serves hot, homemade meals to 75+ people a day.

While their story is still being written, St. Simon’s shows that if parish leadership is willing, no church is beyond the possibility of transformation. As long as they are willing to shift their focus from inward to outward and from maintence to ministry, then with God all things are truly possible.

(This paper is based on the notes for a lecture by the Rev. Canon Betsy Ivey on “Governance and Mission” (STH 904-01), Virginia Theological Seminary, June 1, 2020, the Rev. Daniel R. Heischman, D.D., Instructor)