Miracle of the Loaves 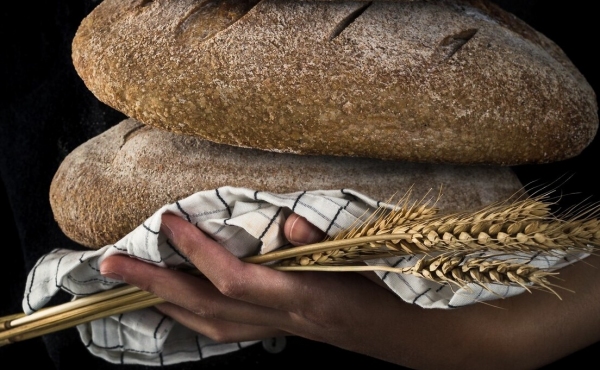 I have always been taken with Mark’s account of the miracle of the loaves (Mark 6:30-44.) Multiplying bread and fish in order to satisfy people’s hunger spoke to me from an early age. I could never understand why anyone went hungry. As I looked at the world around me, I saw that there were those with so much as well as those with nothing. Why couldn’t those who had plenty simply share with those who were in need?

To set the stage, I am a believer in miracles. I believe in the virgin birth, healing prayer, the real presence of the body and blood of Christ in the Eucharist, the bodily resurrection of Jesus, and, as an Anglo-Catholic, the assumption of the Blessed Virgin Mary.

We need the miraculous in a world of the mundane, and, as of late, the insane.

There was something about the story of the loaves and fishes that seemed different and more complex to me than the other miracles that were recounted in the Bible. It began with the initial recognition of Jesus that he and the apostles needed to retreat and rest. Mark tells us that so many people had been coming and going that the apostles had not had time to eat. And yet, when the crowd followed them, Jesus had another revelation – one that only a leader would have. He understood just how deeply the people that were following him, needed him. He knew that he and his leadership team, the apostles, had to address those needs.

We’re told that he took pity on the multitude, because they were like sheep without a shepherd. Jesus had a vision of who those 5,000 people could become – if – they were ministered to. Jesus was a leader.

After teaching them, Jesus was approached by the apostles. They saw all of the problems: the number of hungry people, the time of day, their own exhaustion, the cost of buying bread. Their solution: send people away to fend for themselves. His solution: “you feed them.”

Jesus was a leader. The apostles, at best, were managers. The apostles – at least in my mind – had created a “pro and con” list and decided that the “cons” of caring for the multitudes outweighed the “pros.”

The apostles saw the problems and Jesus saw what was possible: feeding those in need with food and with the Word. He challenged the apostles to BE apostles – ones who are sent. Apostles don’t walk away from challenges. They step into them, knowing that they go forth with the power of the spirit of God. That requires a truckload of faith that comes with experience and maturity. The apostles seemed to be lacking both of those attributes.

And what of the miracle itself? Did Jesus actually multiply the loaves and fishes to feed the masses? As I said, I’m a believer in miracles, so, for me, it is absolutely possible. But something else occurred to me those many years ago.

A few years later, I discovered that others have put forth this theory as well. Even if Jesus literally multiplied the loaves and the fishes, I still think that at least one of the messages of this passage was to teach us to be in community, to trust one another, and to share. If so, it seems to be a foreshadowing of not only the Eucharist, but of the early and more mature Church as described in the Acts of the Apostles 2:42 – 47:

“They devoted themselves to the apostles’ teaching and to fellowship, to the breaking of bread and to prayer. Everyone was filled with awe at the many wonders and signs performed by the apostles. All the believers were together and had everything in common. They sold property and possessions to give to anyone who had need. Every day they continued to meet together in the temple courts. They broke bread in their homes and ate together with glad and sincere hearts, praising God and enjoying the favor of all the people. And the Lord added to their number daily those who were being saved.”