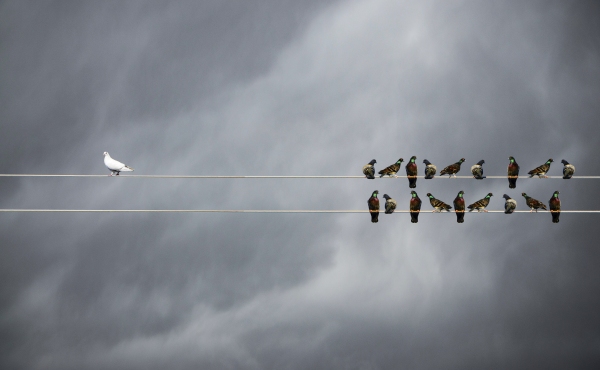 Rejection is painful. To be rejected means to be not accepted, believed, or approved. It can seem even more painful when people you know, discount you. Not only does rejection involve discounting, but it often involves hurtful comments in an attempt to convince you of others demoralizing judgment of you. Jesus experienced this very thing when he went back to his hometown.

Jesus came back to Nazareth and taught on the Sabbath in the synagogue. As a matter of fact, he astounded those who heard him. But their astoundedness quickly turned into disbelief, because they knew him; apparently before his public ministry. Mark 6:1-2 states, “He left that place and came to his hometown, and his disciples followed him. 2 On the sabbath he began to teach in the synagogue, and many who heard him were astounded. They said, “Where did this man get all this? What is this wisdom that has been given to him? What deeds of power are being done by his hands!”

Nazareth was a working class town in the 1st century. If you were a male from Nazareth, it’s very likely that you spent time working in one of the local quarries. So when Jesus comes back sharing divine wisdom to those who years ago may have worked alongside him in the quarries, they are shocked and offended. However, when God unveils what purpose He has for you, it's so astounding that sometimes people from your past can’t believe it.

We see this in Mark 6:3 which states, “Is not this the carpenter, the son of Mary and brother of James and Joses and Judas and Simon, and are not his sisters here with us?” And they took offense at him.” It’s interesting how people who are offended by the goodness of God evident in your life, try to drag you back into your past. Jesus was no longer who they remembered him to be. That was uncomfortable to them. He was too big, so they decided to belittle him. To the people of his hometown, Jesus was just a tektōn, in the Greek, meaning carpenter, craftsman or stone mason.

Mark 6:4-6
Not everyone is ready or willing to rejoice what God has done in your life. While he was always the Son of God, he did not always have a public ministry. He was a rabbi now, but the people in his hometown didn’t appreciate him coming back to teach them anything. Mark 6:4-6 states,
Then Jesus said to them, “Prophets are not without honor, except in their hometown, and among their own kin, and in their own house.” 5 And he could do no deed of power there, except that he laid his hands on a few sick people and cured them. 6 And he was amazed at their unbelief.

Despite their aversion, God uses all things for our good. Jesus had such an impact on his hometown of Nazareth that later on, his early followers would be known as notzrim in modern Hebrew, and nasrani in both in India and in the Quran. In light of this, many of us need to thank God for allowing us to be rejected like Jesus was. Thank God that they didn’t let you in their cliques. Thank God that you didn’t end up getting that job. Thank God for allowing you to see things for what they really are. And thank God for removing you from people and situations that would hinder you.