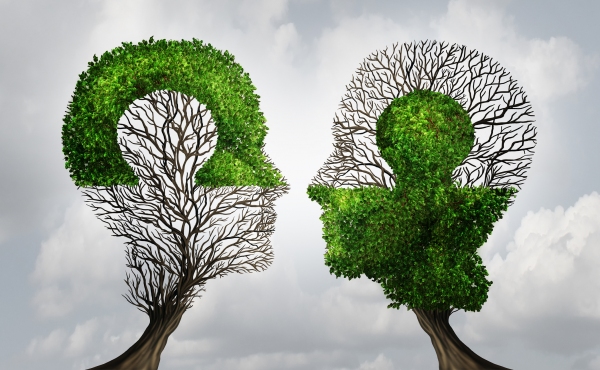 “Don’t discuss them.” That was among the worst advice that I was ever given. (Sorry, mom and dad!) Especially after the past four years, I’ve realized that what we should have been mastering was HOW to discuss religion and politics with integrity.

Think about it: religion is our belief system. It’s how we organize and make sense of the world in light of something far greater than us. It provides us with a way to conceptualize God and our place in the universe. It gives us a community with whom to celebrate and with whom to mourn.

Politics determines how we are governed. As we learned on the 6[1] of January, our particular form of government is highly fragile and depends on our willingness to actively participate in it. Politics provides us with a forum within which to debate policy and chart the future of our nation.

Perhaps that’s why we’re in the mess we’re in today. Most of us immediately become positional when either topic is raised. Our identity as a Democrat or a Republican, as an Episcopalian, or an evangelical, becomes collapsed with who we are as human beings.

In my observations, when we discuss what policies we favor or what we beliefs we hold, and someone asks us to explain or defend those policies or beliefs, instead of having a conversation about them, our identities can feel threatened. Not just our political or religious identity, but our identity as a person.

Challenging my belief in the resurrection becomes challenging the essence of who I am; an attack on my person. What could have been a calm and perhaps even enlightening exchange of ideas can quickly escalate into anger and name calling.

“This is why we don’t discuss religion and politics.”

As we enter an ever more polarized era, our ability to have these critical conversations will be even more important. Many Episcopalians like to talk in terms of a “Big Tent.” Seated inside that Big Tent are folks of all political stripes and frankly, differing religious views.

One option is to sanitize our conversations – “lovely weather we’re having” – and ignore the impact on our lives of these two topics. The other option is to learn how to have a significant conversation without becoming offended or offending others; to get comfortable being uncomfortable.

Vestries have a role to play in this, and the simplest way to start is to lead their congregations by example. Here are a few pointers to get started:

1. Educate yourself. Examples: “Why do you believe in the resurrection?” “Why do you think that there should not be a federally mandated minimum wage?”

2. Share, don’t lecture. Examples: “Here’s why the resurrection makes sense to me and brings me a sense of peace.” “Here’s the data as I understand it on the minimum wage.”

3. Ask and listen. Examples: “Why do you think the resurrection is only symbolic?” “What brought you to support a $15 minimum wage?”

4. Really listen. Don’t think ahead to what your next response is going to be. Stay present to the person with whom you’re talking. You might be surprised at what happens. Our beliefs may change. We may feel compelled to do more research into a topic that we thought was settled in our minds. We might continue to believe what we always have, but our conviction in that belief has now grown because we took the time to understand the “why” behind the belief.

5. Become an observer. Try to mentally step back during your next conversation and witness the exchange. It’s a great technique that can help you from collapsing a belief with your identity as a human being.

Churches are slowly beginning to allow in-person worship again. As we move through this pandemic and begin to physically reconnect, let’s choose to engage each other with integrity. If our love of one another as sisters and brothers in Christ is at the core of every conversation, our focus will be in the right place.