Interrupting the End of the Christian Century 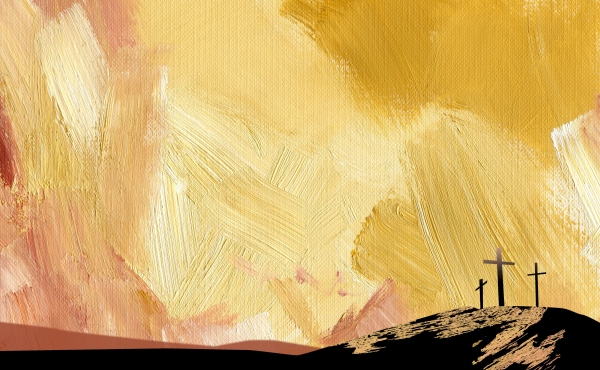 Picking up some scattered debris around the churchyard, I paused at Kitty’s grave. It had warmed a bit, welcome after too much ice and cold, so I stayed there a while. I remember her fondly, and miss her, too. I said a prayer then carried on with yard cleanup, an unexpected chore that morning, nice to be outdoors. Nearby Kitty’s grave is Betty’s, and on the other side of the belltower is where JoAnn lies in rest. I said a prayer for them as well, and called to mind the picture of their faces, the sounds of their voices. I remembered how truly alive they were, all of them dear, funny, strong, faithful Christian women. They were widowed for some time, all of them. None, I thank God, knew the devastating impact of this past year: pandemic, shutdown, fear and anxiety.

They told me stories of the way things used to be, when the parish hall was a tiny little building on the highway, turn right at the post office. How wonderful it was to grow this little congregation with booming children and a Sunday School, build a parish hall (not only on the campus with the church but rather palatial, compared to the old one), erect a rectory, call their own rector – no longer shared with the next parish over. How church, this church was everything to them – it was their social life, their fellowship, the place where their friends gathered, too. Their children confirm that – how church was their world entire – but oftentimes the children are quick to add: “But you have to remember, nothing else was around.”

Thoughts converge in the most random ways. In the churchyard, I remembered a line from an article my brother sent me: “…From 1937 to 1998, church membership remained relatively constant, hovering at about 70 percent. Then something happened. Over the past two decades, that number has dropped to less than 50 percent, the sharpest recorded decline in American history. Meanwhile, the ‘nones’ – atheists, agnostics, and those claiming no religion – have grown rapidly and today represent a quarter of the population.” [“America without God,” by Shadi Hamid, The Atlantic, March 10, 2021] The line struck me powerfully. I don’t know why it did. Like any other church leader today, I knew those numbers were the case; at least, I suspected it.

The so-called Christian Century is over. Remarkably, the Christian Century ended almost on time, closing up shop around 1998 or 1999. A 2019 Gallup article put the trends in perspective, “U.S. Church Membership Down Sharply in Past Two Decades,” by Jeffrey M. Jones, Gallup.com, April 18, 2019. Consider these trends:

We know these things: older adults are more religious than younger generations; they’re also more likely to join organizations and trust institutions. We’ve been saturated with wondering about the ‘nones’ and the ‘dones’ – Who are they? How are they? Would they find our new, more creative 5 o’clock service more interesting? Been there, done that. That’s not the point I want to make, anyway.

Rather, I’m wondering about widows and widowers – Kitty and Betty and JoAnn, among them. How they endured the loss of their spouse, mourned his death, and yet carried on. And not just ‘carried on’ but grew and served and thrive. When something is over, it doesn’t mean everything is over. The memories still hold and life is daily offered as a gift. That’s what they taught me in their latter years. They weren’t running on memories alone, even as beloved as those recollections were. They were serving and living and, indeed, growing because God gave them the gift of today, much like the writer of Hebrews describes the day as gift, plain and simple: “But exhort one another daily, while it is still called ‘today.’” (Heb. 3:13)

Yes, we know the Christian Century ended sometime around 1998 or 1999, statistically speaking. Like a faithful widow or widower, we’ve carried on. We’ve held dearly a lot of the traditions and memories. Sometimes, we fail to get perspective on how long we’ve been in this new, uncharted land. “It wasn’t that long ago,” we say when we think about the year 2000, still remembering Y2K. But then we remember our grandchildren and children aren’t old enough to remember 9/11 or the 2008 economic crisis, and that compels us forward. Even the church growth strategies of the 1990s seem dated today, so very much out of touch with our present reality.

Add to that a pandemic, and what feels like a remarkable cultural transition and transformation. I suspect that whatever will be, post-pandemic, will not be as terrible as some fear, although I also think it won’t be as rosy as it was even as late as 2019. Some things have shattered entirely, and will not be put back together. Some customs and traditions, no matter how beloved, have been altered wholescale. The pandemic has been an interruption, for sure. One thing it’s interrupted should also be our critical distance from the Christian Century – including those things we thought were true as late as 1998 or 1999. Worship trends, rates of volunteerism, community engagement and techniques to “grow churches” are nearly entirely interrupted, changed – and remarkably so.

But I write this not without hope. In fact, I am very hopeful that we take this unanticipated interruption and use it to God’s glory. Could this be the time when we finally admit how far we are removed from the Christian Century? And how, then, can we serve those beloved saints among us, those who carry forward and treasure their memory of that time, now past? How can we appreciate (and yet not be owned by) those later stories, those from the heyday of the church growth movements of the 1980s and 1990s? And (not ‘but’) how can we turn with all those resources, all the fullness of our inheritance to meet the world that is coming, the patterns that are emerging? We are not orphaned, even though we are widowed from our previous life. “Glory to God from generation to generation in the Church,” scripture tells us, pointing us even now to God’s power at work “in us” -- God’s power which will do “infinitely more than we can ask or imagine.” (Ephesians 3:20,21)