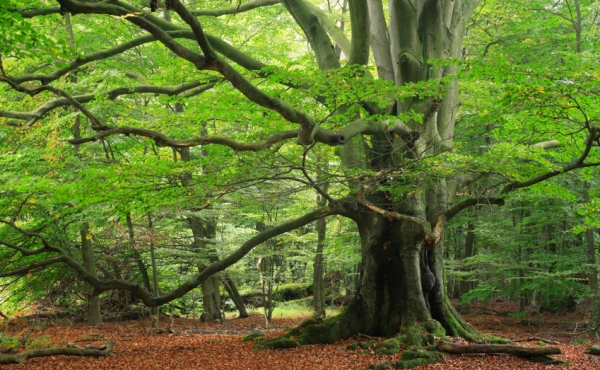 Over the past 500 years, the perception has been that the old world had all the answers: the science, technology, and advanced ways of living. Can that still be said? Or perceived as truth?

We are facing a monumental moral crisis. Consider these observations:

• The United States is deeply divided politically
• Income inequality is at an all-time high; poverty and homelessness are on the rise
• Pollution of the air, water, and land is contributing to climate change
• Rainforests are being destroyed each day, contributing to global warming, and thousands of native people in South America are being killed for trying to protect the earth
• More and more animal species are becoming extinct
• Violence is glorified on TV—guns are becoming a national pastime—some sports have become barbaric (UFC, WWA)—while mental health is in decline

We are losing empathy! We have failed to give the study of history the serious attention it deserves! And we are now paying the consequences!

Perhaps we can learn something from the ancient people who occupied the western hemisphere for much more than a mere 500 years. They were here on this continent thousands of years before Columbus and the Vikings. Is there anything we can possibly learn from them?

The indigenous peoples of the so-called “new world” observed the wonderous power of nature and made friends with it. They also found God as the creator of these wonders and retained that connection through ceremonies. They laid claim to nature as their teacher. Out of this came a perception of the world as a spiritual realm intertwined with a physical plane on earth. This worldview was and continues to be very different from the technologically superior, western Eurasian perception of the world.

As worldwide trade was expanding, a horribly destructive judgement was made in Europe that was felt around the world, a critical judgement that unfairly characterized all native people of the new world as non-human. It was called the Doctrine of Discovery and was set forth by papal bulls declared in Rome and adopted by European royalty. This doctrine held that “heathens of the New World were not considered human because they were not Christians”; therefore, they did not possess rights to the land!

I suggest that amid these so-called “heathens” were actually nations with higher ideals than even today. I am talking about the Taino Indians (sometimes referred to as Arawak) of the Caribbean island we call Hispañola. Columbus and his soldiers (who were Christians) arrived with sword and armor on full display, ready for battle. The “savages,” on the other hand, displayed just the opposite. They were naked with outstretched arms as they waded into the water to greet their strange visitors. They were givers, not takers; they greeted with kindness, not fear and cruelty. To put it simply, the Tainos had a Christlike presence. Their kindness was immediately interpreted by Columbus as weakness, an opportunity to exploit and ultimately destroy. Actions like these would have provoked the righteous anger of Jesus, which was often directed at religious people who abused their power.

It is important to point out that the Old World evolved out of a bloody and violent period in Europe: Crusaders v. Mongols, Hundred Years’ War, War of Roses, to name a few. In the New World the Inca, Maya, and Aztec nations were expanding, and they were sometimes violent. But we also had the kind, peaceful nations evolving in the milder climates, especially in the Caribbean region. Many but not all of these nations were more humane, gentler and highly generous.

According to the book My Grandmother’s Hands, by Resmaa Menakem, trauma is not only intergenerational but it resides in the body, and healing is necessary for both the perpetrator and the victim of violent trauma. That would explain why Old World representatives like Columbus and his soldiers were so cruel, violent and dominant. It explains why native victims suffer trauma to this day, and also why there continues to be so much violence in our culture. We are all in need of healing!

This clash, this war of cultures, has continued to take place to this very day. The never-ending struggle of male dominant European descendants for natural resources and wealth has begun to result in scarcity and in cruelty directed at others. Lately, it has manifested not only in nasty, corrupt domestic and international politics, but also in a high degree of greed, violence and destruction to ourselves and our home, our mother earth. In contrast, most but not all indigenous societies are more matriarchal than patriarchal. This sometimes puts us at odds with the dominant culture, and for good reasons. In truth, the native people of the new world have never really fit the European mold… even to this day! Our challenge is to hold on to both the Christian teachings and the Indigenous values that will help us live healthy, balanced lives in the modern world.