When The Flood Waters Recede: Knowing What’s Next? 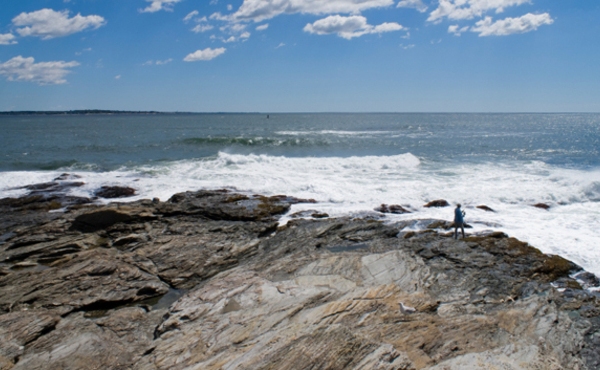 I don't like to wait. As a matter of fact, I think I’m one of the most impatient people on Earth. Yet I know that I'm not alone in this. Many people don’t like to wait or slow down. Being productive is to be successful to many people. This drive to be productive is often so strong, that when some of us accomplish something notable, we feel pressed to come up with what’s next.

I’m working hard not to feel this way. Lately I’ve been getting a lot of messages that go something like this: “So Nicole, now that you’re finished with school, what’s next?” These messages are sent by well-meaning, loving people who are excited about my future and the possibilities ahead, and I am too. However, as I venture on, I am starting to wonder if it’s the will of God for us to come up with what’s next for our lives.

One person we see pressed to move ahead to the next thing is Noah. In Genesis, chapter 8, we are given an example of what it means to make the next move, based upon our own wisdom, or based upon the wisdom from the Most High.

Genesis 8 1-5 states,
8 But God remembered Noah and all the wild animals and all the domestic animals that were with him in the ark. And God made a wind blow over the earth, and the waters subsided; 2 the fountains of the deep and the windows of the heavens were closed, the rain from the heavens was restrained, 3 and the waters gradually receded from the earth. At the end of one hundred fifty days the waters had abated; 4 and in the seventh month, on the seventeenth day of the month, the ark came to rest on the mountains of Ararat. 5 The waters continued to abate until the tenth month; in the tenth month, on the first day of the month, the tops of the mountains appeared.

Waiting on God can feel like God has totally forgotten you. The word zakar, which means “remember” is used seventy-three times in the Old Testament with God as the subject. However, eighteen times the word zakar is followed by the preposition “to,” which indicates that God’s remembrance is not a thought but an action towards the subject. So in this case, God’s remembrance involves creating a wind to blow over the earth, and both deep and aerial sources of water to be restrained. God’s action demonstrated that he did not forget.[1]

Noah first sends a raven and a dove to test if enough water has receded from the earth for habitation. Eventually the dove didn't return, suggesting that waters had receded enough for living creatures to settle. What’s interesting about this is that with all of the signs given to him by the raven and the dove, Noah still does not leave the ark. Everything appears to be well based upon the natural signs received, but it wasn’t enough.

We as created beings do this all the time. We put out natural feelers out there to see what possibilities there might be. There’s nothing wrong with this. As God’s people, we are to be filled with hope and be discerning at the same time. This may look like sending out countless resumes. It might look like making hasty investments. It might look like starting a new business venture, or attempting to gain more education. Yet, after all of these efforts, sometimes there is still no forward movement.

Up until this point, Noah has received divine instruction from God. God told him about the corruption on earth, told him to build the ark, what to bring with him on the ark, and about the impending storm. But at this point God has not told him yet to leave the ark.

Genesis 8:15-19 states,
15 Then God said to Noah, 16 “Go out of the ark, you and your wife, and your sons and your sons’ wives with you. 17 Bring out with you every living thing that is with you of all flesh—birds and animals and every creeping thing that creeps on the earth—so that they may abound on the earth, and be fruitful and multiply on the earth.” 18 So Noah went out with his sons and his wife and his sons’ wives. 19 And every animal, every creeping thing, and every bird, everything that moves on the earth, went out of the ark by families. Noah doesn’t leave until God speaks. Even when everything looks right and appears to be lined up with what seems to be obvious, Noah waits on God’s instructions. So, what about us? Are we attentive enough to hear God and then act upon the divine instructions given to us, or are we going to keep spinning our wheels in vain attempts to figure out what’s next? The next time we feel the urge to hurry up and figure things out either for appearances sake, or our own restlessness, let’s remember to seek and wait upon God’s counsel, because God certainly remembers us and lovingly guides us to what’s next.