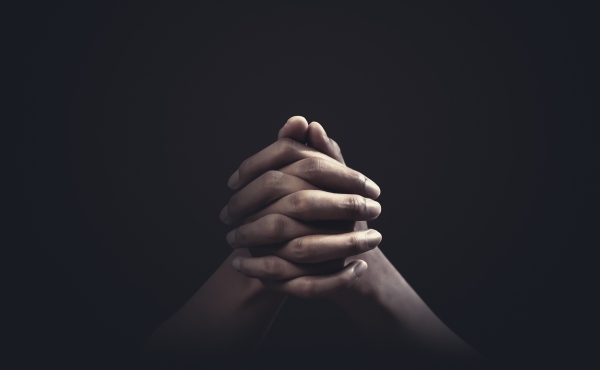 A few years ago, I had a disagreement with a colleague about the Bible. To him, the most defining moment in the life and ministry of Jesus was when he turned over the tables of the money changers in the Temple. (Mark 11:15) That outpouring of righteous anger and his passion for justice were expressions of the power of Jesus to change the world. No doubt about that.

What speaks most powerfully to me, however, is the prayer of Jesus in the Garden of Gethsemane, on the night before his Crucifixion. He’d just enjoyed a last supper with his disciples, saying as he blessed the bread and wine, “this is my Body… this is my Blood.” (Mark 14: 22, 24) He knew that one of his closest friends would betray him to the Roman soldiers. In that last hour before his gruesome fate unfolded, he went off by himself in the garden to pray.

The Gospels make it clear that most of this prayer time was silent. Jesus was a master of what we might call meditation or contemplation, prayer beyond words. When people left him alone, he could immerse himself in communion with the Creator for hours. But on this night, as he drew nearer to the Cross, his spirit was troubled. From the depths of his heart, he cried out, “Abba, Father, for you all things are possible; remove this cup from me…” I find this to be the most deeply human moment of Jesus’ life. Even he could be stretched to the breaking point.

We shouldn’t be surprised that his prayer was answered. Into the silence the Spirit descended, overshadowing Jesus with the Creator’s presence and power. Replenished and renewed, he spoke the words which would propel him forward, “yet, not what I want, but what you want.”

When Jesus asked his disciples, “Are you able to drink the cup that I drink?” (Mark 10:38), the obvious answer was no. James and John had been overcome by delusions of grandeur, imagining themselves sitting at the right hand of Jesus in the kingdom. His reply, “You do not know what you are asking,” was a wild understatement. Though he’d been telling them, “many who are first will be last,” and “whoever wishes to be great among you must be your servant,” they hadn’t understood.

But wait. Don’t we all sometimes drink from a bitter cup in this earthly life? Though our suffering may be nothing like what Jesus faced, it’s real enough for us. Aren’t we sometimes stretched to the breaking point, ready to run away and hide? Jesus’ moment of despair in the garden is certainly familiar to me.
Won’t our desperate prayers be answered, just as his was? By our own wisdom and worthiness, we cannot drink the cup that Jesus drank. Thanks to his faithfulness, however, we don’t have to face those times alone. He has shown us how the Spirit works within us at our time of need. When life’s challenges become overwhelming, remember what Jesus said to his disciples. “For mortals it is impossible, but not for God. For God all things are possible.”