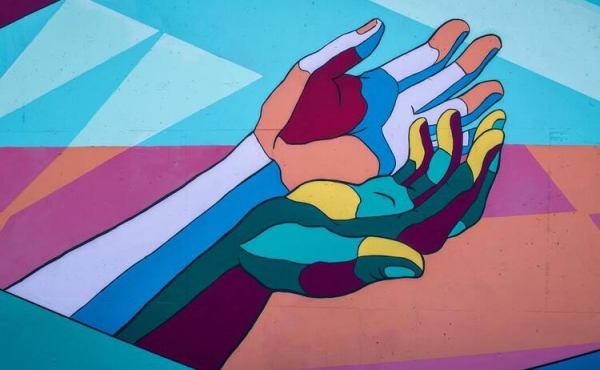 Many Episcopal parishes have acknowledged that it is past time for The Episcopal Church to confront our nation’s history of systemic racism and to begin building Beloved Community in our congregations and local communities, as we have been enjoined to do by Presiding Bishop Michael Curry.

Toward this end, ChurchNext, a ministry of Forward Movement, recently launched a free curriculum: Becoming Beloved Community: Understanding Systemic Racism For Individuals and For Groups. This six-session curriculum is available to any individual or congregation seeking deeper understanding of how systemic racism operates in our country and in our church. It is meant as a launching point for congregations and individuals that want to begin taking active steps toward healing our nation and our church from systemic racism and its effects.

The symptoms of injustice have made themselves clearer than ever in recent years -- as we have seen how Covid-19 has affected many more Black and Latinx people in America than white people; as video after video of police officers shooting unarmed Black people has emerged; as the Black Lives Matter movement has refused to allow us to look away. American culture is being forced to confront what people of color have been trying to tell white people for decades: racial oppression isn't over. It is built into our nation's bones.

It is built into The Episcopal Church's bones as well. The Episcopal Church of the early United States enabled slavery, altering our liturgical practices to accommodate the needs of slaveowners. Seeking to remain unified in the years leading up to the Civil War, we did not even decry slavery when other denominations did. Our history as a church is inextricably tied to systemic racism.

Most Episcopal churches care about this issue, but not all of them know where to begin. This course helps people and churches get a solid angle on Becoming Beloved Community by offering an overview of systemic oppression against people of color in the U.S., recommending ways to educate ourselves further about it, and taking practical steps to build communities without racism.

In this course, Ivy and Tom take us through six sessions of material:

At the end of the course, we hope each participant will have learned more about:

We hope you will join us in learning about Becoming Beloved Community in our congregations, in our local communities, and in our nation. The work to which we are called is urgent and complex and requires all of us to bring effort and empathy to the task.