Homing: A Call to Christian Hospitality in the 21st Century 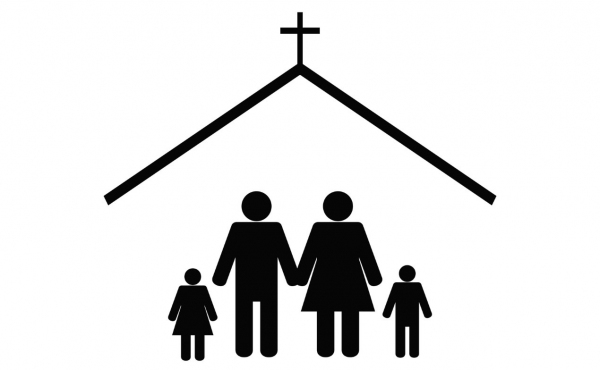 I believe God speaks to us in confluences. When people from diverse places and backgrounds come to similar conclusions on how a problem might be solved, I listen. When the burdens of a diversity of problems might be lightened by a single program or project, I pay attention to the possibilities.

Three years since COVID rocked our ecclesial equilibrium across the United States, a new confluence is emerging. Many cities and towns are experiencing an affordable housing crisis and a growing homeless population. A tiny homes movement is causing local governments to rework housing codes and permitting processes. At the same time, fewer people are involved in church, and fewer still are attending in person on Sunday mornings. Many parking lots that once were packed with cars now have easy access. Congregations are re-thinking mission in the community, considering anew how God might be calling them to share the resources they have, and realizing resources they had not considered before. Notably land.

Out of this confluence of events and circumstances, churches are starting to hear a call to use some of their outdoor spaces to provide homes for those who would otherwise be homeless. An Associated Press story in June 2022 captured some of these ventures.

What shines clear in each of these stories is that churches are embracing a spirit of creativity and collaboration. After decades, even centuries, of each church largely offering its own ministry and program for its surrounding community, a reduction of economic and human resources is prompting churches instead to look beyond themselves to engage in the wider world effectively and faithfully. These collaborations are not only with other communities of faith, but more often are with non-profits, government agencies, and people outside of the church who have skills and resources to share, as well as with those whose lives would benefit from the emerging ministries.

These kinds of collaborations are a hallmark of the social entrepreneurship movement that has emerged worldwide over the last 40 years. Another hallmark of the social entrepreneurship movement is the development of models that are sustainable and that can be scaled to greater impact. Habitat for Humanity exemplifies this. New, equally effective models are needed to provide homes for those whose means preclude even the modest Habitat mortgage.

Christianity has a long history of providing hospitality to the poor. That history, and the Biblical imperative behind it, are well-documented in Christine Pohl‘s book, Making Room, originally published in 1999. As Pohl traces that history, what becomes clear is that the church’s ministry of hospitality is not static. Much of what the church provided in early centuries – shelter, hospice care, dwellings -- was taken on by non-profits, for-profits and governments in the 19th and 20th centuries. Here in the 21st century, though, the need for affordable housing and the land on which to build it, is greater than any of those entities alone can provide. Churches can help. As the AP story suggests, the models will vary from one community to the next. Local policies and codes will influence what is possible, but with efforts of advocates from various sectors of the community, local policies and codes can be amended.

Churches, I believe, are being called to consider a collaborative ministry of homing: joining with others in the wider community, sharing the resources of land that many of us have been given, providing homes for those who would otherwise be homeless.

“The horizon leans forward,
Offering you space to place new steps of change.”