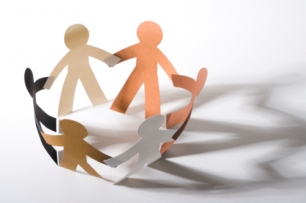 For the first time in three weeks, I stood without clutching a wall or bracing myself on a nearby table or chair, pain roiling up and down my back.

Pain plays a time-twist trick: when you’re in the throes, it’s hard to remember pain-free, and I start to fret that I might not return to my normal.

I don’t know what triggered the muscles in lower back and legs to clinch. But even my kids could feel the ridges of knots.

I did bed rest and pain medicine, heating pads and stretches. I tried toughing it out, only to fight tears when I couldn’t turn over in bed without a push.

But I don’t think I prayed (at least not more than a few "Oh gods" that came not from the heart but from frustration). And, I’m ashamed to say, it never crossed my mind to go to one of the healing services at our church.


I tried a different massage therapist two nights ago. I had tried massage a week into the back saga, but, bless his heart, either he triggered more muscle contraction or my body wasn’t ready to respond. By the time I got home, I was a crumpled mess.

The name of the new massage business is called Healing Hands, but that wasn’t what drew me there. Frankly the lure was a combination of a Groupon and desperation.

As she began her work, we talked. Within a few minutes, I learned that her job was vocation, a strong belief that God called her to be an instrument of healing through her hands.

She kneaded the flesh, hitting spots that brought me off the table, whelps escaping despite my attempt to muzzle. When she discovered a particularly tender spot, she stopped, holding pressure for a few seconds. I know that’s a technique of letting the muscle release. But she also added prayers. I could hear soft murmurings.

As her hands worked, she talked about faith and her people, grandmothers and ancestors who believed their hands were God’s instruments. And she asked me, “Doesn’t the Episcopal Church offer healing services?”

And at the end of the massage, she laid hands upon my back. Several minutes passed, both of us quiet. The heat of her hands comforted a weary back, but there was also power, an energy moving through her hands and into me. I knew she was praying, and I started too. And in that low-light room with Enya and incense, the presence of God became real to me.

I don’t know why I didn’t think about attending a healing service. I profess to believe there’s power and God’s presence in the laying on of hands. But I’m admitting it here: it never occurred to me while I was in the middle of pain.

When I awoke the next morning, I was out of bed and in the shower before I remembered my back. For three weeks, I hadn’t been able to get up without wincing, even asking a few times for my daughter or son for help.

I’m sure that myriad explanations come into play here: I’d finally rested long enough. The cumulative effects of the muscle relaxants were coming to bear. Maybe the muscles just gave up their grip.

But I’m also reminded of how God works, using regular people to witness and share. I’m thankful to know and acknowledge that in healing this pain, God had a hand. Or two.