The Truth Will Have To Do 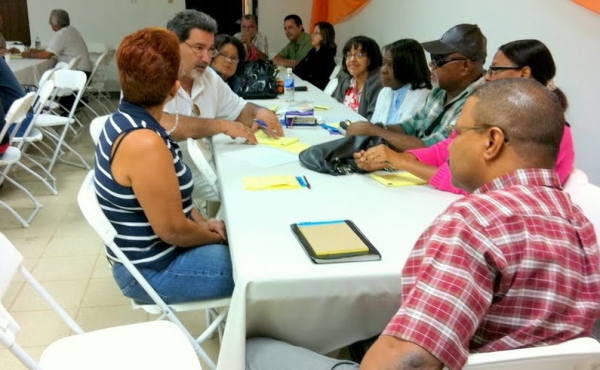 A few years ago I attended a life changing professional development training. Inhibited by worrying about how others would respond to hard truths, I asked how a leader determines the responsibility of caring for others and their response. The consultant uttered these words, “The truth will just have to do.”

Afraid to upset the apple cart, we often hold our tongue or only communicate half of a piece of information rather than allowing others the dignity of choosing their own response.

This applies directly to fundraising. What a congregation’s leaders don’t say about giving can be just as impactful as what is articulated. In the absence of information, new theories or ideas can emerge to fill the void of the truth.

A colleague describes the following:

“An experience early in my career taught me the power of the rector’s attitude and communication with the parish. I worked with a rector who was not in favor of a capital campaign, mostly because she was uncomfortable about money as a topic of conversation. In an attempt to not undermine their work or upset the lay leaders doing the campaign, she chose to simply not talk about the campaign at all.

“When studying the level of support for the initiative during the feasibility study, I learned many congregants were asking the rector what she thought of it. Some respondents said that what the rector thought would be important in their own decision making. I took a gamble and told the rector the congregation needed to hear from her no matter what she thought about it. It was better for her to be honest than to say nothing. In my experience, people do not need to agree with their leader so much as know where they stand so that they can find themselves in relationship to that.

“This turned out to be true – once the rector spoke honestly about her feelings and reasons, people then could say "Oh, That! Well, that doesn't bother me. I just happen to think this way about that." Instead of filling the vacuum with all manner of made-up horrors, they were capable of hearing the truth and responding appropriately.”

What “truth that will just have to do” are you wrestling with in your life or parish?