“Crossing from Debt to Mission” 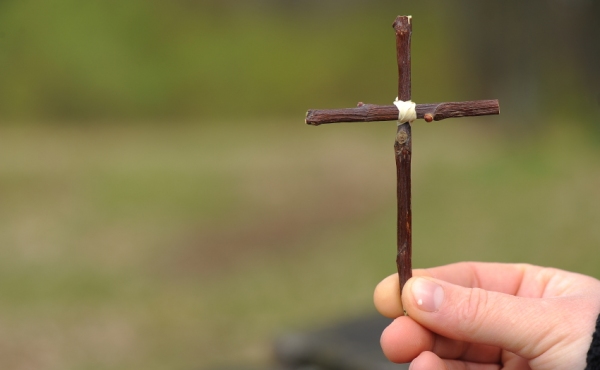 We chose the theme "Crossing from Debt to Mission" because we wanted to be about more than simply pouring our financial resources into a mortgage on our building. We wanted to use our resources, the gifts God has given us, including our building, for mission, not for mortgage. Following our feasibility study, we expected to raise approximately $136,000 for debt retirement. We actually needed $164,000 to completely retire our debt, so we held that out to the congregation as a challenge goal. By the end of our campaign we raised $195,000, far exceeding both our initial goal and our challenge goal! This capital campaign has been an incredibly rewarding experience for the church leadership and the congregation, and it has energized and mobilized St. Aidan's for mission.

Here is what we've learned from our experience, and what we would like to share with other congregations contemplating a capital campaign.

Don't be afraid to think big

Based on our feasibility study, the leaders at St. Aidan's knew we could reasonably expect to raise $136,000 to retire our debt. We weren't sure that full debt retirement was possible, but we thought we'd try anyway by setting out an additional challenge goal, of trying to reach $164,000.

Our consultant asked us to think about how we might want to use any extra funds raised, over and above our debt retirement. We began to talk about and imagine what we might do with no debt. The conversation turned from mitigating our present circumstances, to getting excited about the future. We weren't sure quite how much money we would raise in the end, but we decided to take a risk and try.
We discovered that people love challenge! Not only did we exceed our goal, but we also significantly exceeded our challenge goal! We learned not to underestimate the generosity of our congregation and what God is doing in our midst. We learned that when God calls us to dream big, it could also be a way of building energy and momentum for a task. Dreaming big is not just "pie in the sky;" it also creates a space for the Holy Spirit to work towards energizing and mobilizing a congregation.

St. Aidan's is a fairly small congregation. As we set out to "Cross from Debt into Mission,” we knew we would need a lot of volunteers to get the job done. There was concern we might burn out those volunteers who already gave much of their time to church activities. We would need to find, recruit, and train some new leaders to get the job done. It seemed like a daunting task.

We found people like to be asked to help, specifically to help with a cause that can further the life and vitality of the congregation. St. Aidan's had two capital campaign co-chairs, so one person wasn’t completely responsible for overseeing the whole project. Much of the work of the co-chairs was not planning or sitting in on committee meetings -- instead, the co-chairs identified, with the help of the clergy, people with spiritual gifts in generosity, conversation, and listening. These are the people we asked to help with our capital campaign. We didn't ask the bank managers or the financial analysts -- actually, we didn't have any people with those kinds of skills in our congregation. We asked the good listeners, the folks people respect, the ones who we knew could sit down and have a good conversation with their fellow church members over coffee. It wasn't difficult to find those people -- there are some in every congregation.

What surprised us, is that when we reached out to these people, when we told them why we thought they would be good at this, when we told them that they wouldn't be squeezing anyone for money, that they would be meeting and talking with the people they already knew and loved - we had no trouble getting volunteers. They were wonderful and diligent in their training and their tasks. They got the job done! And, in the end, when we completed our capital campaign and blessed all the volunteers, over thirty people, at least a third of the congregation, had stepped forward to help in some way.

From the start, we were very clear that giving an annual gift to the congregation and giving a gift to a capital campaign were giving to two different causes, and also giving from very different places. Annual giving covers operations for the coming year. A capital campaign would allow us to reduce our debt and to be about mission into the future. The annual giving was more short term; the capital campaign was more long term. Also, giving an annual gift is like budgeting for every day household expenses; using the money we have to pay for things we need and want. Giving to a capital campaign comes from a deeper place of giving. It's like dipping into a special reserve for a special cause. We published newsletter articles, made announcements, and also clearly stated the distinction in all our annual giving materials.

People got it. In fact they more than got it. Not only did our annual giving increase, but the annual giving campaign created momentum --and an opportunity for education -- leading into our capital campaign. People gave more, not less, to both causes. They gave from both places, generously.

Don't have any large donors? No problem!

St. Aidan's is located in Hartford, Wisconsin, a small semi-rural community in the center of the state. We don't have any high-powered industries or companies in Hartford. Many people in our faith community work in solidly middle-class professions, and quite a few are on fixed incomes. We knew that there weren't any people in a position to make a significantly large donation to our capital campaign. We decided we would just ask for what people felt they were able to give, and see where that got us.

We raised $195,000 from 52 pledges. No single gift was over $15,000. We learned that when everyone stretches and gives something, no matter how small, the result can far exceed what you thought was possible. We really can do more together. Not only that, but this capital campaign was fully owned by the congregation. It wasn't just one or two people pulling the weight, it was everyone, together. We shared in the giving and we also share in the joy and the accomplishment.

When people are asked to give, wonderful things happen. Suddenly, people feel called to give in other ways. As mentioned earlier, St. Aidan's volunteer base increased significantly while “Crossing from Debt into Mission.” More than simply increasing our number of volunteers, we found that people are more willing to give of their time. The number of participants for the ministries of the church has increased, and several people have come forward with ideas for new ministries in the community.

We are glad for this, because, from the very start, the capital campaign was about mission. It wasn't just about money, but about how we could better be God's people in the world. The leadership of St. Aidan's and the congregation are now in an exciting time of discernment. What will we do, now that we are debt free? How can we better serve God and the world? How can we be better disciples of Jesus Christ? We do not yet fully know where God is calling us, but we do know that God does wonderful things through the people of St. Aidan's, Hartford. Peoples' generosity of spirit, their willingness to give and to help and to serve, the energy and excitement of the Holy Spirit in our midst...we saw all of this during our capital campaign and we look forward to seeing what more is possible with the help of God.