His Name was Wild Bill: An Advent Story 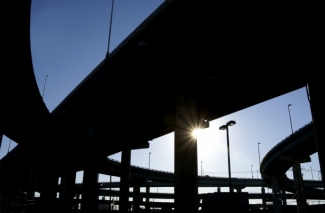 Our community was blessed with the presence of a man named Wild Bill. For two years, Bill was a regular: at times a hugger, loving and wise; at times drunk, incomprehensible, and loud.

Wild Bill had lived on the streets of Chattanooga, under a bridge, for more than a dozen years. It boggles my mind and stretches my heart to think about what that means. He survived a dozen winters, outside. Wild Bill slept under a bridge, with cars whizzing by, over his head. He camped with friends, who he called brothers, developing relationships of interconnectedness deeper than many of us ever will know.

I first met Wild Bill (that’s the name he used) at Southside Abbey's worship on a Friday evening. Soon after, I was doing my best to make him feel welcome at Southside Abbey and I kept introducing him to people as Bill. He stopped me: “My name is Wild Bill.” As our relationship grew, I asked him: “Why Wild Bill and not just Bill?” He told me, “Of all the children my mother had, I was the wildest, so she called me Wild Bill.” He let that sink in for a most pregnant pause, before he let me in on the joke – he was an only child. That was Bill, excuse me, Wild Bill. Full of love; always ready with a smile or a joke.

We'd been working with Wild Bill to get his Social Security Disability payment back. He had injured himself years ago, walking up the large concrete incline that led to his “home.” Several surgeries later, he told me that he, “couldn't get through the metal detector at the courthouse.” This was one of the many things that had slowed down Wild Bill's progress in navigating the bureaucratic waters of Social Security. I'd like to think we were close to actually making a breakthrough.

A few Fridays ago, Wild Bill blessed us with his presence one last time. He arrived at Southside Abbey and as I went to shake his hand, he pushed my hand out of the way and flung his arms around me. As he did, I could smell the alcohol. This wasn't new for Wild Bill, but our rule is: drunk is okay (not ideal, but okay), belligerent is not. Wild Bill was never belligerent.

He left worship a little early to get back “home” to his bridge, before it got too cold. The cold bothered Wild Bill, especially the metal rods in his leg and back. He died that night – crossing the highway above his bridge in the cold and the rain – Wild Bill was hit by a car.

The weeks that have followed have seen little change in Chattanooga. One bridge in town is without its Wild Bill. He died without fanfare. No legislation to change or end homelessness. No crowd sourcing or fundraising in memorial. As I wonder if anything will really change because of Wild Bill, I realize that I have been changed, our Southside Abbey community has been changed, and I think of all those lives that were touched by knowing Wild Bill.

This season of Advent, we wait expectantly for the coming of Christ. We remember Christ, coming to us as the most vulnerable and we await Christ's Reign, where God's will is known and done on earth as it is in heaven. Many of us in the Episcopal Church can fool ourselves into thinking that we're already there, or at least pretty close to the Kingdom of God in its fullness, that progress has made things better for everyone. Our lives are pretty great. I, myself, enjoy gluten-free bread at $6 a loaf.

But we're not all there yet.