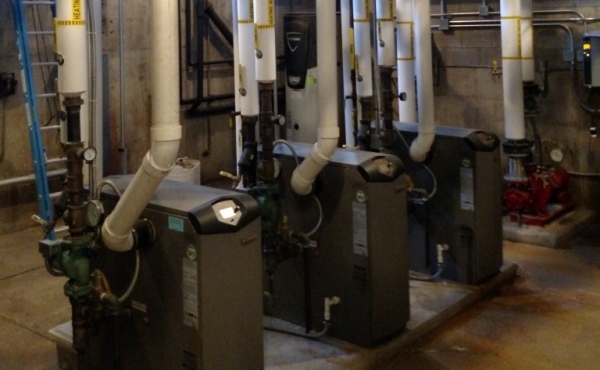 In 2009, the Property Commission of Trinity Episcopal Church in Fort Wayne, Indiana, was again raising red flags about the condition of the church’s aged boiler. “It could blow any minute, and that could cause a fire… etc.”

There were many other needs at this historic downtown church – needs that were, in fundraising terms, sexier, meaning more alluring to potential donors. These included the beloved organ, which would NOT blow at any given minute. Getting into and around the church was a physical challenge for anyone physically challenged.

It had been at least twenty years since a capital campaign was conducted. Leadership decided that’s what was needed. The Episcopal Church Foundation was engaged to help.

ECF consultant Sue Fornabai came on site, listened to stories about the needs, and encouraged leadership to do the same. Congregational conversations ensued. Architects drew up plans. A list of more than $1 million worth of needs and dreams was compiled. It included overhauling the organ, extensive accessibility improvements, and, yes, a new heating system.

Church leadership knew the old boiler was of foundational importance to the future of the building. But they wondered: “Would people care about that when there are so many other important projects that they can see and hear? Maybe we should just replace the heating system and not risk mentioning the other things, raising false hopes that they could be accomplished.”

A feasibility study was conducted. It revealed (drum roll): boilers ARE sexy! Thanks to ECF’s guidance about communication with the church family, people did understand. They wanted it all, but the top priority was clearly a new furnace. And, by the way, that is basically all that could be afforded through a campaign.

The successful effort resulted in a new furnace. But Trinity had gained something else because of the thorough ECF capital campaign process: a long-term capital needs plan that people understood and wanted to see happen. Seeds were planted.

A parishioner generously remembered Trinity’s organ in her estate plans. Thanks to her planned gift and other donations, the organ has been completely overhauled. Today it gloriously inspires praise and worship in a temperature-controlled climate. Another parishioner wanted to make a difference too. When asked what was most needed, leadership could quickly describe the congregational priority of accessibility. With his lead gift and gifts of others, a new ramped entrance was constructed.

Today when I peer into Trinity’s furnace room and see a shiny, safe, energy-efficient furnace system, I think that ol’ boiler proved to be very sexy indeed.