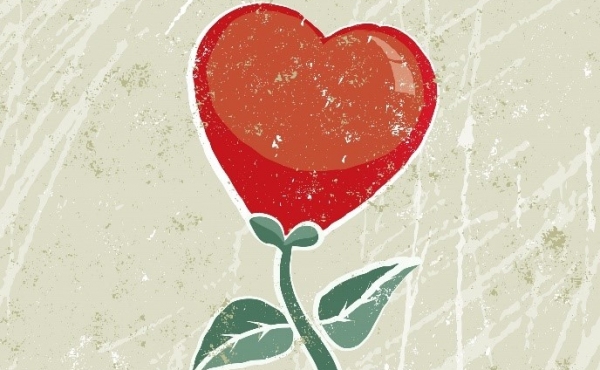 The husband and wife were regular participants in the life of the congregation. They were in church most Sundays, in the thick of the chatter in the entrance hall and coffee hour. When the woman began the decline into dementia, her husband took care of her and they still came to church. “Don’t you look lovely today!” she would say. “It sure is a pretty morning!”. She was very cheery.

In time, the husband talked to the clergy about his increasing inability to keep her safe. And eventually, after one too many wanderings or stove incidents, he determined that the time had come to place her in a care facility that could meet her needs better than he could. He came to church the following Sunday without her. Everyone asked where she was, and he told them. People were shocked. “I had no idea!” was the universal response.

Truth be told, it’s possible to participate in the Sunday morning exchange of greetings and coffee hour fellowship, even the occasional potluck suppers, without ever going deep enough into a conversation with someone to know if they are struggling to give care to a family member or have declined into dementia themselves. Yet we do care about each other, and we do identify, at one level or another, with the image of the church as the Body of Christ.

In these days of full schedules and the lure of rare evenings at home, the church has to be more intentional about deepening the connections between us and among us, expanding our circle of trusted people with whom we can be a little more vulnerable and self-revealing, people whom we know and who know us.

Sunday morning Bible studies are still a possibility, as are book groups. But these can often keep things focused on topics and ideas rather than on life and its challenges. And some folks shy away from study groups or significant structure, saying they just want fellowship. Potluck dinners are classic church. But small talk can certainly prevail in the buffet line and even around the table. This is particularly daunting for introverts, and it doesn’t necessarily deepen connections.

Imposing a little bit of structure though, can go a long way in deepening communal identity, mutual awareness, and love among those gathered.

Over the past year, the Advocate has developed House Dinners. Once a week, folks gather in the church house for what, in essence, is a pot luck. There’s fellowship and conversation as people gather, with as many as 20 people seated around one long table. Once folks finish up the savory food, the coordinator calls the group to attention and someone offers a prompt. Prompts have included — an experience of shelter, a description of a mentor in life, something you want to leave behind in your life, something you want to cultivate in your life, your experience as a sibling or as a single child, etc. These prompts bring focus and self-revelation into the mix. A candle is passed, and people are invited one at a time to respond to the prompt for 1-5 minutes each.

It would be possible to tell stories in dyads or triads or around a table of six, and take much less time. If there are twenty people around a long table, it can take an hour. But it goes remarkably fast because it is of substance, and it gives those gathered an experience of knowing and being known that many yearn for. Whatever the numbers, it is important to emphasize that this not a time for conversation, but for listening, for hearing one another’s experiences. Certainly, someone can opt to pass and not say anything, but responding to a prompt encourages even the more reticent in ways that open conversations often fail to do. And putting a time limit on responses helps to inhibit the ebullient story-teller from taking over, yet again!

This practice of responding to prompts and listening to one another need not be limited to potluck suppers! There could be a prompt of the week, or three prompts for the season. Whether at a vestry meeting or standing on the playground watching the toddlers after church, it’s a simple practice that deepens awareness, deepens community, deepens mutual care. It certainly reduces the possibility of a universal “I had no idea” when a husband can no longer care for his wife.