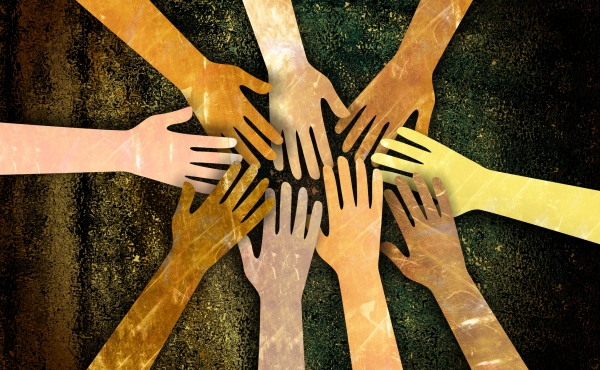 The annual remembrance of Dr. King draws our attention to his call for unity across racial division. This message continues to resonate and inspire us today. However, in honor of him, we would do well to remember his other calls to action. At his death, Dr. King was fighting against what he called the “triplets of evil” -- militarism, racism, and economic injustice -- a combination which disregards human value. He and others committed themselves to solidarity with the poor of our nation to fight to close the economic gap by addressing the unholy trinity of these three features of American life. The effort was called The Poor People’s Campaign. It could be argued that this is ultimately what got him killed.

The Rev. Dr. William Barber and The Rev. Dr. Liz Theoharis have breathed new life into the Poor People’s Campaign. Beginning in 2018, “from Mother’s Day to the Summer Solstice, poor people and moral witnesses in 40 states committed themselves to a season of direct action to launch the Campaign. What ensued was the most expansive wave of nonviolent civil disobedience in the 21st century United States. More than a series of rallies and actions, a new organism of state-based movements was born. Now, in over 40 states, the groundwork for a mass poor people’s movement is emerging.” [Poorpeoplescampaign.org/about/] This revival of the Poor People’s Campaign came 50 years after Dr. King died working on it.

Then, as now, the Poor People’s Campaign called for attention to:

When the “triplets of evil” — militarism, racism, and economic injustice — come together, they create an environment of exploitation and disregard. Evil grows up around and through us, seemingly with ease.

As the Poor People’s Campaign goes on to say:
“Today, 50 years after Rev. Dr. King and the 1968 Poor People’s Campaign declared that “silence was betrayal,” we are coming together to break the silence and tell the truth about the interlocking evils of systemic racism, poverty, ecological devastation, the war economy and our distorted moral narrative.

The truth is that systemic racism allows us to deny the humanity of others; by denying the humanity of others, we are given permission to exploit or exclude people economically; by exploiting and excluding people economically, we are emboldened to abuse our military powers and, through violence and war, control resources; this quest for the control of resources leads to the potential destruction of our entire ecosystem and everything living in it. And the current moral narrative of our nation both justifies this cycle and distracts us from it.”[1]

In Dr. King’s final book, published posthumously, Where Do We Go From Here? Chaos or Community, we hear his prophetic words for that present moment speak to our present moment.

“We have ancient habits to deal with, vast structures of power, indescribably complicated problems to solve. But unless we abdicate our humanity all together and succumb to fear and impotence in the presence of the weapons we ourselves have created, it is as possible and as urgent to put an end to war and violence between nations as it is to put an end to poverty and racial injustice….

I do not minimize the complexity of the problems that need to be faced in achieving disarmament and peace. But I am convinced that we shall not have the will, the courage and the insight to deal with such matters unless in this field we are prepared to undergo a mental and spiritual re-evaluation, a change of focus which will enable us to see that the things that seem most real and powerful are indeed now unreal and have come under sentence of death. We need to make a supreme effort to generate the readiness, indeed the eagerness, to enter into the new world which is now possible, ‘the city which hath foundation, whose Building and Maker is God.’”[2]

The Poor People’s Campaign in its current inception helps us have “the will, the courage and the insight to deal with such matters.” The Rev. Whitney Altopp and I are inviting interested persons to a planning meeting on February 1, 6pm via Zoom, to begin to lay the groundwork for a Connecticut presence at the Mass Poor People’s & Low-Wage Workers’ Assembly and Moral March on Washington on June 18, 2022. If you would like to be a part of this planning team, please email Whitney waltopp@ststephens-ridgefield.org or me rkmathews@epsicopalct.org to receive the Zoom link.

We hope that you’ll be inspired by the closing words of Dr. King’s final book.

“We are now faced with the fact that tomorrow is today. We are confronted with the fierce urgency of now. In this unfolding conundrum of life and history there is such a thing as being too late. Procrastination is still the thief of time. Life often leaves us standing bare, naked and dejected with a lost opportunity. The ‘tide in the affairs of men’ does not remain at the flood; it ebbs. We may cry out desperately for time to pause in her passage, but time is deaf to every plea and rushes on. Over the bleached bones and jumbled residues of numerous civilizations are written the pathetic words: ‘Too late.’ There is an invisible book of life that faithfully records our vigilance or our neglect. ‘The moving finger writes, and having writ moves on…’ We still have a choice today: nonviolent coexistence or violent coannihilation. This may well be mankind’s last chance to choose between chaos or community.”[3]